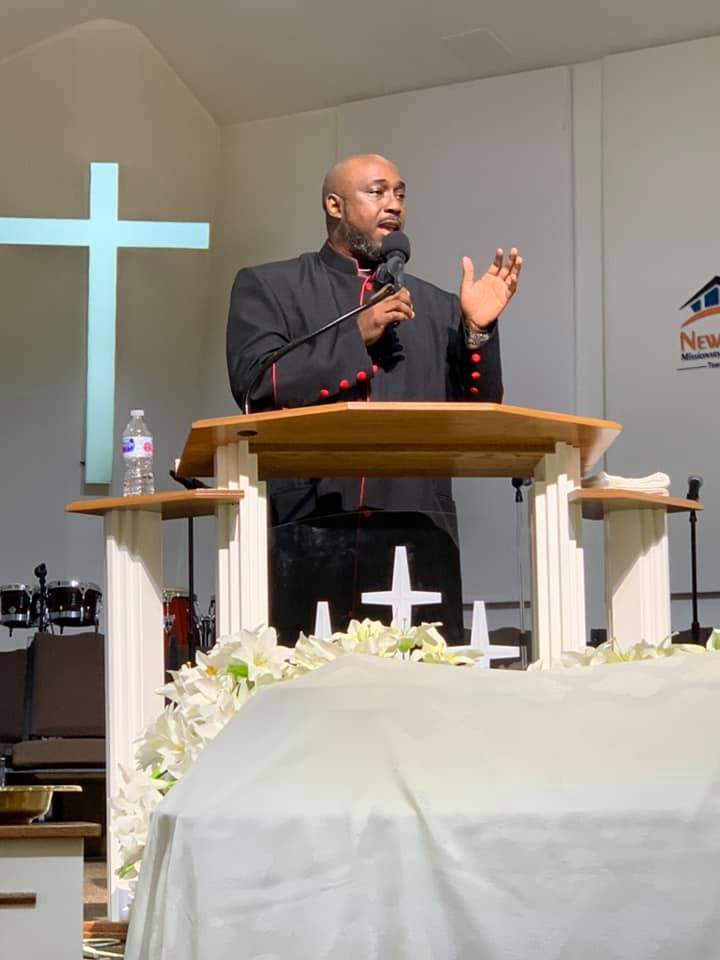 Pastor Kaleb D. Barnum is a native Floridian who grew up in the city of Tampa.  He attended local area public schools and is a graduate of Armwood High School.  He went on to pursue an education at the University of South Florida, and several years later, earned an Bachelor of Applied Science Degree in Technology Development and Management  Information Security Assurance from St. Petersburg College.

In addition to serving in various capacities of leadership throughout the years, Pastor Barnum was also involved in a variety of ministerial endeavors that prepared him to embrace lost souls and minister to the whole individual regardless of challenges or limitations.  In February 2019, he became the interim pastor at New Salem M.B Church in Tampa, where he diligently served until he called to be the senior pastor in April 2021.

As a sower goes forth to sow, he has an anointing that allows him to minister to those in need of healing of the mind, body, and soul. With such a great calling to fulfill, he finds time to visit the sick, make calls to members, conduct bible study and new members classes, and spend time studying God’s word.  He is supported in his ministry by his wife, Dawn, their 5 children, 2 grandchildren. His ultimate desire is to see people fully embrace God’s love and to walk in victory and power while experiencing the fullness of God’s promises.

But from everlasting to everlasting the Lord’s love is with those who fear him, and his righteousness with their children’s children— with those who keep his covenant and remember to obey his precepts.
Psalm 103:17-18
Copyright © 2020 New Salem Missionary Baptist Church.