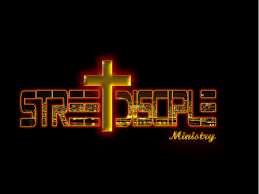 “When all the people saw him walking and praising God, they recognized him as the same man who used to sit begging, at the temple gate called Beautiful, and they were filled with wonder and amazement at what had happened to him” (Acts 3:9-10).

What is effective gospel-centered street ministry? With so many needs to be met in our communities and in the world, it becomes difficult at times to distinguish between human acts of compassion and gospel work. Although they overlap, they are not exactly the same.

Because we are all made in the image of God and are therefore stamped with the moral imprint of our Creator, all humans are able to display moral traits. It is true that humanity is fallen and the moral traits that remain are faint, but they are there! This is why believers and unbelievers alike can respond so courageously to catastrophes and human tragedies worldwide, especially when human life is at stake. Nevertheless, gospel-centered street ministries are more than the meeting of physical and emotional needs; they involve the regeneration of new spiritual life via the proclamation of the risen Lord.

Our Street Disciples ministry reaches out to the disenfranchised, homeless, panhandlers, mentally ill, addicts, prostitutes, runaways, social outcasts, the battered, abandoned and the defenseless. These are the persons that respectable society shuns, and some of them have given up on society as well. They are found in all the major urban centers of the world. They live in abandoned buildings, cardboard boxes and rescue missions.

Meeting Day/Time: Every Second Saturday @ 10 AM

All my longings lie open before you, Lord; my sighing is not hidden from you.
Psalm 38:9
Copyright © 2020 New Salem Missionary Baptist Church.